A Walk Through Time: The past, present and future of the African map

July 23, 2015. Written by actioruo. Posted in Drums of Change, Transcending Boundaries: Migrants, Refugees and the Movement of People

We see here the evolution of the African map, right from ancient times where no national borders were mapped out, through the era of colonialism to present day Africa. What will the future map of Africa look like? Will Africa become increasingly subdivided as areas break off into independent states due to conflict, identity drivers and land disputes? Or will we see borders becoming permeable as Africa unites to pool resources, open up trade and free the movement of people? 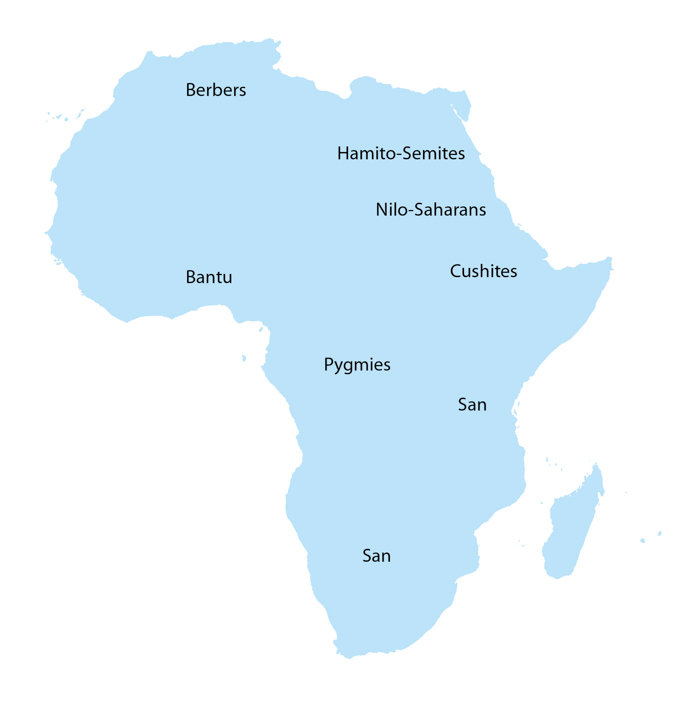 In this map of pre-historic Africa, there are no national borders. Africa is un-colonized, and its people move as they please.

Throughout African history, kingdoms have risen and fallen, people have moved, ethnic groups have grown and shrunk, and territories have been fluid. People moved in response to changing conditions, population growth, the need to seek new pastures, encounters with other groups, and so on. Migration has always been a part of human existence, with essential needs like food and security at its heart.

Perhaps the biggest example of African migration and expansion is the Bantu people. Originally from western Africa, the Bantu spread across the continent to the east coast and down to the southern part of Africa. The territories of other sub-Saharan people, including the Pygmies and San shrank over time, as they were either pushed out or assimilated by the migrating Bantus. The Bantu are now the majority in sub-saharan Africa, with the other groups only existing in small pockets.

The Bantu people include 300-600 ethnic groups, among them the Zulu, Xhosa and Kikuyu. 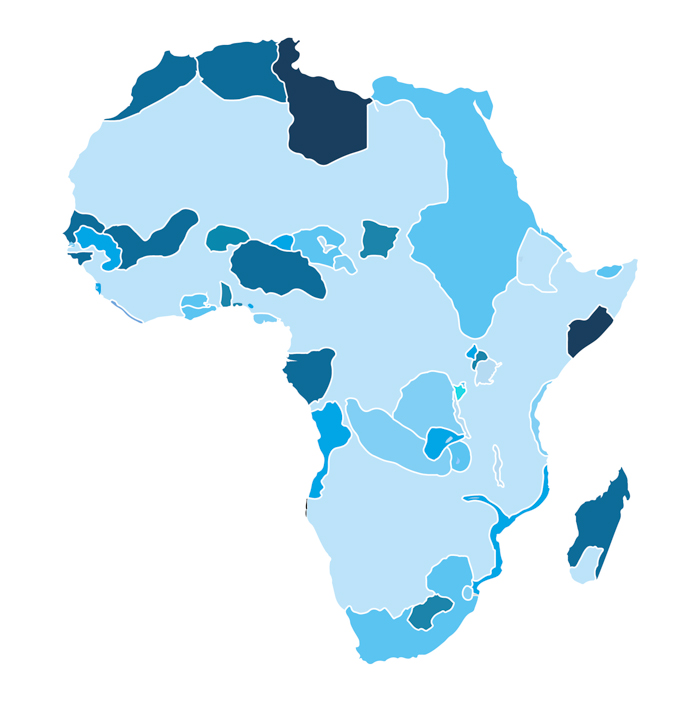 This map is an approximate representation of the territories in 1880, in the early stages of the scramble for Africa, which lead to the borders we are now familiar with.

Fast forward a few thousand years, and Europe has now got some toe-holds in Africa, mainly along the coast where trading ports were established. This was before the Berlin Conference, and European relations with Africa took the form of trading relationships. Africa was attractive for natural resources and slaves, to Europe, the US and Asia.

Once the slave trade was abolished in Europe and the US, the European conquest of Africa only accellerated. They used the justification that they needed to stamp out the remainder of the slave trade in Africa, through “commerce, Christianity and civilisation”. In reality this played out more in the form of self-serving arrangements to exploit Africa’s rich offerings. 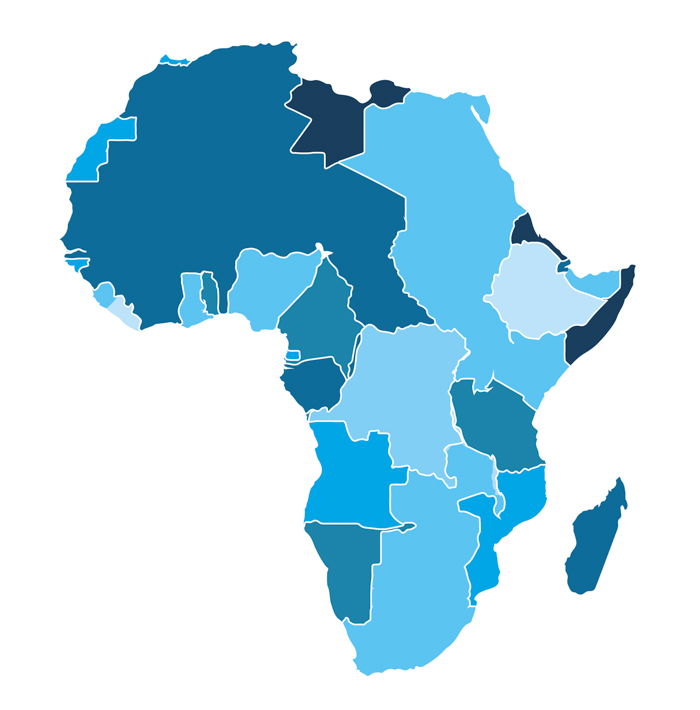 This map is Africa less than 20 years after the Berlin conference, showing the areas designated to each European country. The only countries that preserved their independence are Ethiopia and Liberia.

The increasing interest in Africa lead European rulers to hold the Berlin conference, during which they agreed how Africa would be divided up between them.

Borders were still relatively fluid, and much of interior Africa was still unexplored by Europe, so the territories were assigned according to the pre-existing treaties and trade agreements with African chiefs. The European countries agreed that they would be free to expand inland from their existing coastal areas. However, because these areas were not clearly demarcated, the exact territories continued to be thrashed out over time.

The scramble for Africa allowed European countries to direct their attention outward, away from their internal tensions and conflicts, effectively displacing their conflicts onto Africa. In the process of colonising Africa, the Europeans conquered and divided many African kingdoms, laying the foundation for problems that are still unsolved today. Essentially, the price for European peace and prosperity was paid for by Africa. 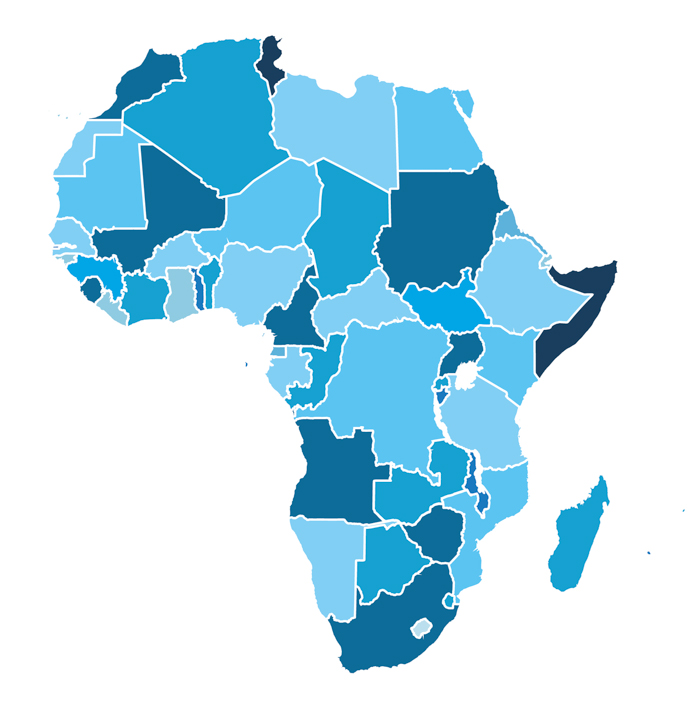 The Africa we know today.

Over the next hundred years, Africa becomes increasingly divided into nation states. Even after becoming independent from Europe, the legacy of division has taken hold, and countries continue to split in response to conflicts and political tensions that have their roots in colonialism.

Most of the world has divided along linguistic and cultural lines, but Africa is arbitrarily carved up, with borders often dividing traditional communities into multiple countries. It is estimated that Africa’s borders split more than 177 ethnic groups.

Why did the African rulers who inherited these random borders keep them? They wanted to avoid causing further conflict that might arise from re-drawing the lines. However, divided groups have continued to fight for territories consistent with their ethnic grouping. For example, a driver of several major conflicts are the large numbers of Somalis in parts of Ethiopia, Kenya and Djibouti who want these areas to be included as part of Somalia.

But with such a rich heritage of different ethnicities in Africa, attempting to re-draw the lines according to these groups could see Africa become even more internally fragmented. 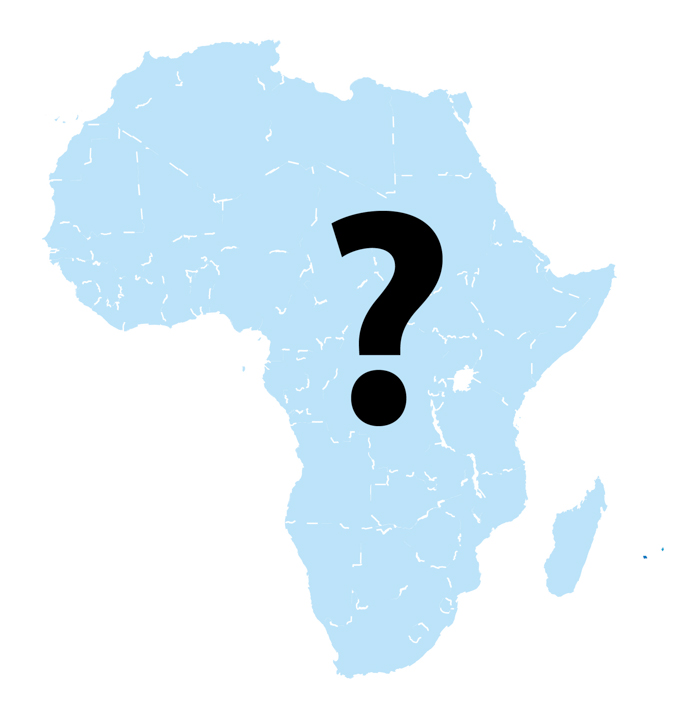 The Africa of the future?

Instead of trying to overcome conflict by separating from each other, many are now asking whether the opposite trend could be the answer. Campaigns are underway for a borderless Africa, freedom of movement and a common African passport. Might we see the gradual dissolution of colonial-inscribed borders over the next decades?

There are plenty of questions to be asked about this. Would Africa follow a similar model to the EU, where states remain independent, but there is free movement between countries? What measures would be put in place to support uneven movements of people? To ameliorate challenges brought on by an influx of people that overwhelms the capacities and resources of the receiving area?

On the one hand, migration and free movement will always bring challenges when resources are scarce, and as people wrestle to adapt to each other. On the other hand, borders that limit movement have a long history of dividing people against each other, of locking out those in need, and protecting predatory states and statesmen.

Ultimately, if we are to truly transcend boundaries, we must go beyond the issue of geographical boundaries, because it’s only a part of what divides us. Steps towards a borderless Africa should have at their heart the transcendence of social, racial, class and religious boundaries; not to eradicate our differences but to celebrate them and hold to principles of collaboration, sharing and solidarity. Only then can we say that we have a borderless continent.

Trackback from your site.