The puzzle of Nigeria: lessons for understanding religion and conflict

October 6, 2015. Written by actioruo. Posted in Drums of Change, Religion and Conflict 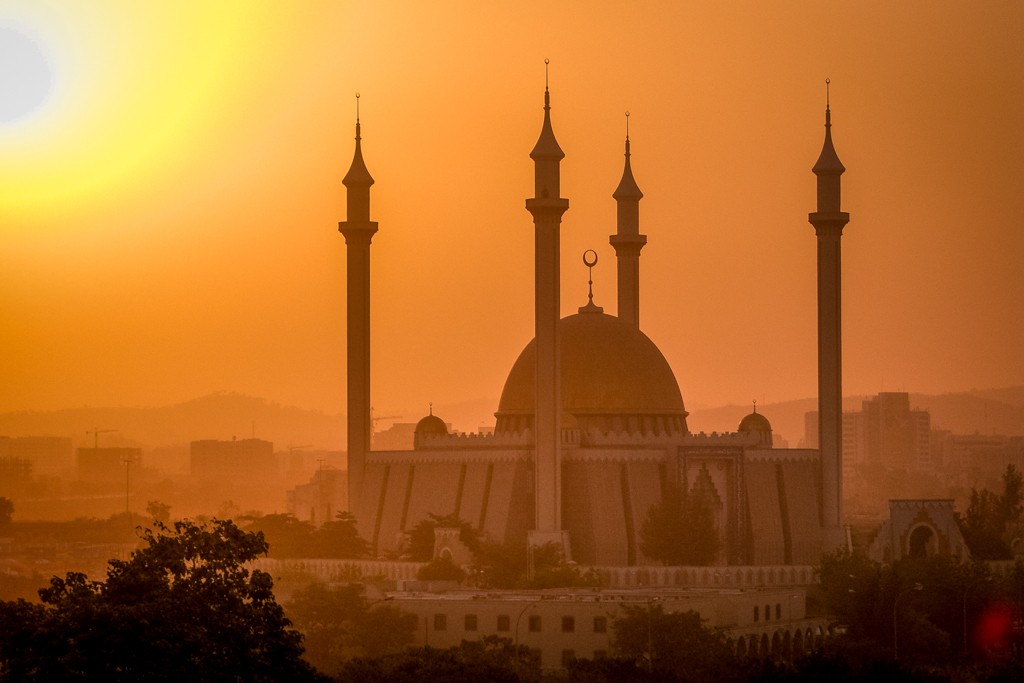 There can be few places in Africa that would require a study on religion and conflict other than Nigeria. Nigeria’s population of 175 million experiences perennial tensions at federal, state and local levels between the evenly weighted Christian and Muslim communities. Homegrown insurgencies, flying a variety of religious extremist flags, intermittently wreak widespread damage and destruction. Yet it also has some courageous religious leaders whose work for reconciliation and peace is undervalued and little known.

It is not always easy to disentangle religion from ethnicity in Nigeria. The close of the Biafran war at the end of the 1960s began a slow and partial process of inoculation of the political system against overt linkages with ethnic mobilisation. Minor attempts that some in the Biafran leadership had made to ‘religionise’ the conflict to appeal to the ‘Christian’ West had failed to change its ethnic nature, though the Holy Ghost Fathers were later expelled from Nigeria on grounds of political partisanship. Power continued to rest both on modern forms of authority, notably the army, and on traditional forms, predominantly the intertwined legitimacy found in traditional ethnic-cultural and religious leadership roles.

But by the 1970s ethnicity was vying with religion as the dominant expression of identity. The Federal Shari’a Court of Appeal crisis and the rise of the reformist Yan Izala movement, launched on the back of the Sardauna Ahmadu Bello’s great Saudi-backed daw’a drive in the northern states, heralded the cranking up of interfaith tension. These drew on memories of the nineteenth century Fulani-jihad, the caliphate of Uthman dan Fodio, and the earlier rival Kanem-Bornu empire in the northeast. They still hover, like the Battle of the Boyne in Northern Ireland, over the modern history of Nigeria.

Nigeria also shows a familiar spectrum of motivations and causes of conflict: pastoralists versus agriculturalists who happen to be mainly of different religious affiliations (Jos), to inter-communal violence over the introduction of huddud (criminal provisions) in Shari’a Law in Kaduna. The latter resulted, in 2000, in widespread attacks on churches and mosques and saw the formerly heterogeneous town divide into Muslim and Christian sectors with considerable loss of life and property. This most nearly corresponds to what an informed observer would describe as ‘religious conflict’. However, reporting of many such conflicts on this spectrum get press headlines of ‘religious riots’ irrespective of fundamental causes. 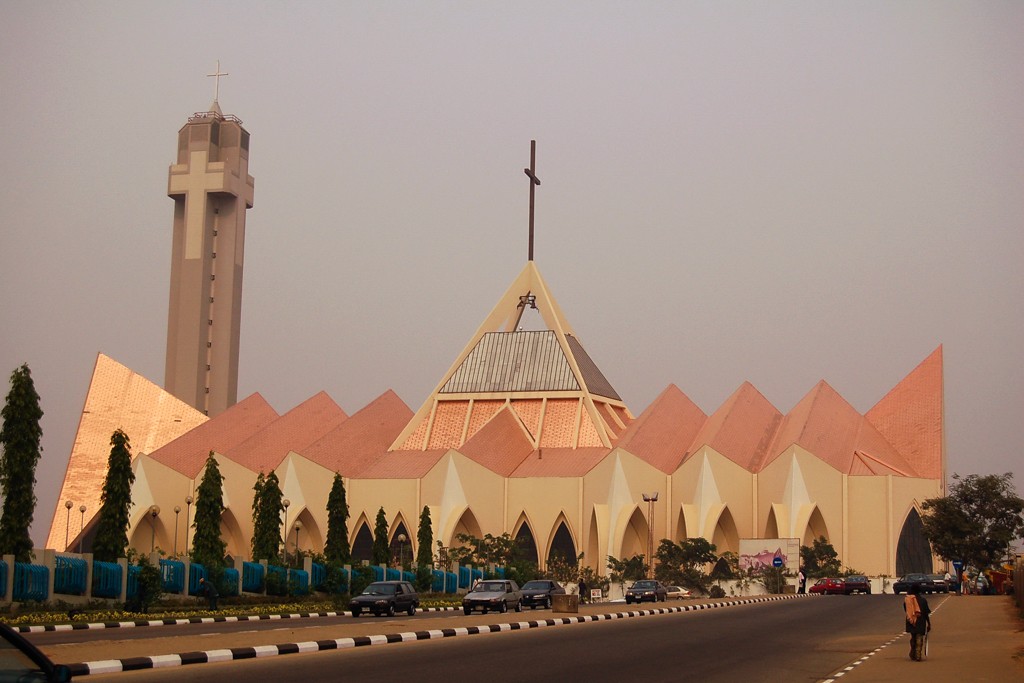 Church in Nigeria. Photo by pjotter05 on Flickr CC BY-NC-ND 2.0

No less complex are the divisions within the two Abrahamic faiths. Those who fail to register the perennial tension between the Yan Izala and the sufi brotherhoods such as the Tijaniyya (Kano is a good example), or the Pentecostal-Catholic clashes within the Christian Association of Nigeria (CAN) will not understand much about their inter-faith relations. The Wahabi elements in the ‘established’ Yan Izala makes them unexpectedly effective ideological opponents of the insurgent violence of Boko Haram, even if they are no great lovers of the Christian communities. Add to this the different religious-political contexts of the two faiths in different parts of the Federation as an essential element in understanding their relationships.

Even this cursory overview of the religious landscape and the contours of the links between religion, power and conflict indicate some simple research warnings. Firstly, federal-level one-size-fits-all theories are analytical nonsense and may turn into policy disasters. Secondly, local case studies may not provide helpful inductive models. Thirdly, an over-preoccupation with religious ideology, blaming religion alone, will provide only a narrow elite reading of the causes of conflict. An incorrect exegesis of Ibn Taymiyya, for example, is not going to be the primary motivator driving an impoverished and largely illiterate youth in Borno to take up arms with Boko Haram, though it may legitimate their leaders violent tactics.

That said, there remain some very interesting and challenging big questions suggested by the particularities of Nigeria. For example, how does a conflict that has obvious socio-economic and political causes come to be understood as ‘religious’ i.e. how does it get ‘religionised’? What are the good or bad features of good interfaith relations that threaten or sponsor religious extremism? Do bad faith relations derive from an existing insurgency deploying religious legitimation, or vice-versa? What is needed to support the many religious leaders struggling with conflicts on their doorsteps to make them effective agents and interlocutors for peace?

A will to work together clearly exists. The relationship between the Catholic Cardinal Onaiyekan and the Sultan of Sokoto is a shining example. Look at Pastor Ayo’s affirmation of President Buhari after the recent elections and his turn to dialogue with Muslims before then. Two recent workshops organised by the Tony Blair Faith Foundation have seen a network of Christian and Muslim leaders develop, reaching some 40,000 people through events, and a possible further 33 million through radio, television and published articles, with counter-extremism narratives.

Nigeria potentially holds the answers to questions that have clear policy implications for counter-insurgency, prevention of religious extremism and social harmony in a developing nation. This is of course far more than a research institute and university challenge for Nigeria alone. For quite simply, if Nigeria with its striking religious demography cannot resolve its contemporary confluence of religion, power and conflict, what is the hope for Africa?

Ian Linden is a Senior Advisor at the Tony Blair Faith Foundation, formerly director of the social action programme, Faiths Act, and an associate professor in the Study of Religion at the School of Oriental and African Studies (SOAS) in the University of London. He has published a number of books on religion in Africa and, recently, two major studies on faith and globalisation, “A New Map of the World” and “Global Catholicism”. He was, for fifteen years, director of the Catholic Institute for International Relations and was awarded the CMG for work for human rights in 2000. He is a member of the Christian-Muslim Forum of the UK, worked in interfaith dialogue with Shi’a leaders in Iran and has acted as a DfID (UK government Department for International Development) consultant on matters of Faith and Development. 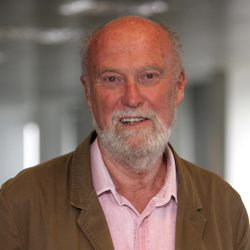